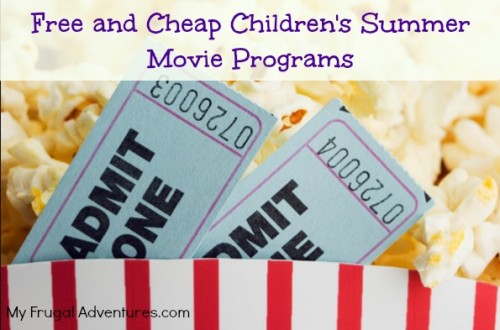 There are a several theater chains that are once again offering great deals on summer movies for kids. The one with the most theaters participating in the Charlotte area is Regal Entertainment Group, but if you’re in Matthews or Salisbury, Cinemark’s program would be convenient to you. For the exact schedule for a particular theater, follow the links below. Keep up with all the Gospel and Community events in Charlotte by subscribing to GospelHappenings.com.

Ayrsley Grand Cinemas are showing free kids’ movies every Tuesday and Thursday morning at 10 a.m. from June 16 through August 6, 2015.

Regal Entertainment Group has scheduled nine weeks of family-friendly movies at select theaters. During their Summer Movie Express, selected G- or PG-rated movies start at 10 a.m. every Tuesday and Wednesday morning. Tickets are just $1. (Even better, a portion of the proceeds will benefit the Will Rogers Institute.) First-come, first-served seating is limited to theater’s capacity. Tickets are available only at the theater box office on the day of the show. For participating theaters nationwide, click here. Here is a list of Charlotte area theaters. All of these theaters start the program on June 16th, 2015.

Kannapolis’ Gem Theatre has its own popular summer movie program for kids. Each film is $1. The movies are 10am and 12:30pm on Tuesdays from June 17th, 2015, through August 19th. See the schedule, and more information here.